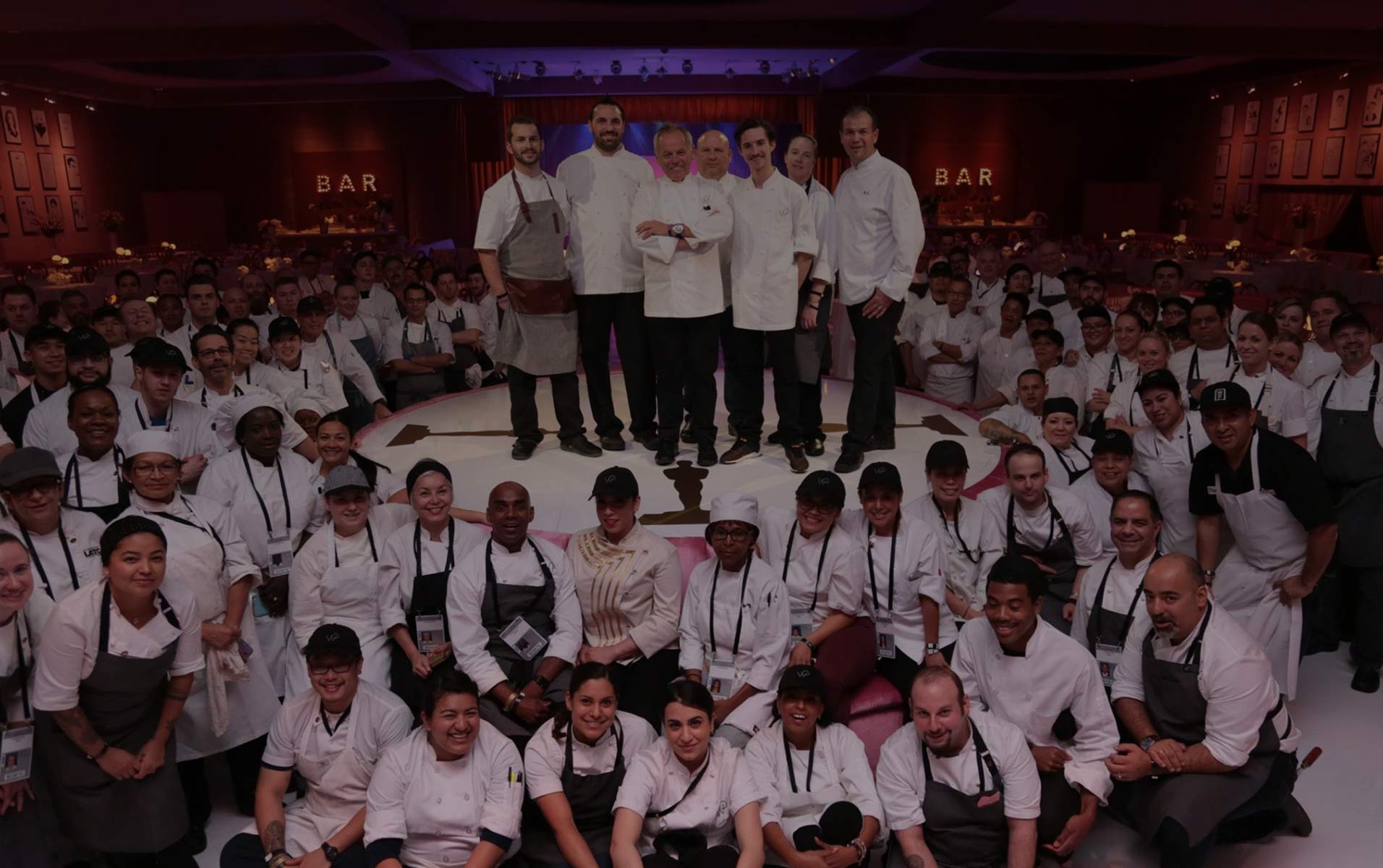 The name Wolfgang Puck is synonymous with the best of restaurant hospitality and the ultimate in all aspects of the culinary arts. The famed chef and restaurateur has built a brand that encompasses three companies: Wolfgang Puck Fine Dining Group, Wolfgang Puck Catering and Wolfgang Puck Worldwide, Inc. Wolfgang’s first fine dining venture began in 1982 with the opening of Spago in Los Angeles, and has since grown to more than 26 award-winning locations that span over six countries including the U.S., United Kingdom and Singapore. Wolfgang Puck Worldwide, Inc. is a privately held corporation that includes a rapidly growing portfolio of company-owned and franchised locations of casual dining and fast-casual restaurants, as well as an extensive list of branded consumer products and other licensing and merchandising projects. Of the 50+ restaurants located across the globe, several are situated within non-traditional settings such as airports, universities, casinos and hospitals, as well as hotels, malls and as free-standing venues. Wolfgang Puck Catering, brings a new level of innovation and inspiration to special event and contract dining services for cultural, corporate and entertainment venues across the country, offering a restaurant-quality experience in a special event setting for both small and large scale events. 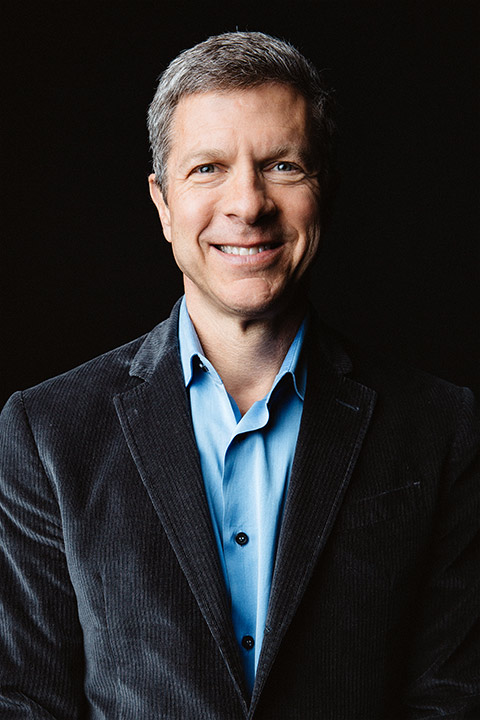 Tom Kaplan has worked alongside master chef Wolfgang Puck in the development and operations of his world-renowned restaurants. His responsibilities range from overall business and financial management, company expansion and design supervision, to community relations and philanthropy for the company’s domestic and international locations.

Since 1982, Puck and Kaplan have grown the company from several individual restaurants into a collection of restaurants known as the Wolfgang Puck Fine Dining Group. Primary brands include Spago, CUT, re/Asian Cuisine, Wolfgang Puck Bar & Grill, as well as Lupo, Five Sixty, The Source, and Cucina. Over the years Kaplan has nurtured key strategic partnerships with luxury hotel brands and major casinos such as the Four Seasons, Dorchester Collection, Las Vegas Sands, MGM Resorts International, Ritz Carlton, St. Regis and Boyd Gaming. Currently, four new restaurants are in development internationally, as well as two in the United States.

Raised in Stamford, Connecticut, Kaplan relocated to Los Angeles in 1980 after graduating Magna Cum Laude from Bowdoin College that same year with a Bachelor’s degree in Art History, Visual Arts and a coordinate major in Environmental Studies. He has been a resident of Las Vegas since 1992.
Kaplan is intimately involved in community service and philanthropy. He is a member of the prestigious Brookings Institution Metropolitan Leadership Council and is a Board Director for the Council for a Better Nevada and the Fulfillment Fund Las Vegas as well as a member of the UNLV Foundation Advisory Board. He is also the Co-Chairman of the newly formed The Nevada Board, and was Vice President of the Puck Lazaroff Foundation from 1986-2004 and a Director for The Animal Foundation in Las Vegas, from 1999-2014.
He was named Nevada Restaurateur of the Year by the Las Vegas International Hotel & Restaurant Show in 2005 and one of the “50 Most Influential” in Nevada by In Business in 2008. In 2003, he was in the first induction group of the Las Vegas Dozen which honors men in the Vegas valley for their role in business and community involvement. In 2011, Kaplan was named “Humanitarian of the Year” by Greenspun Media Group’s publication Vegas Inc.

To compete with the rigors of the hospitality world, Kaplan enjoys running, cycling, skiing, and hiking. His passions include architecture, art, environmental issues, music, and travel all shared with his wife, Elizabeth and son, Austin. 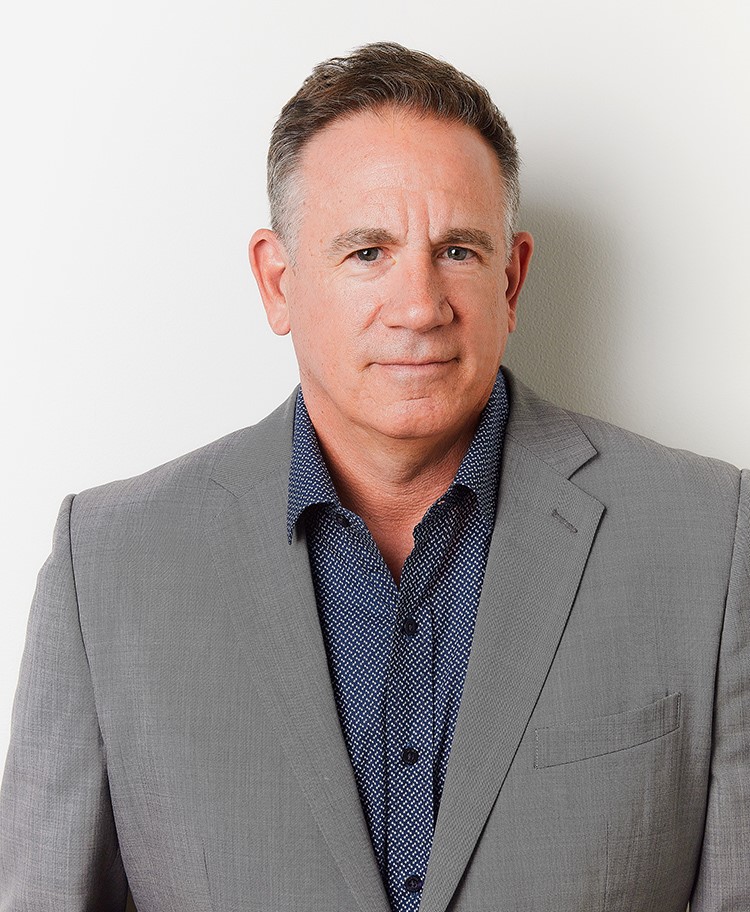 David Robins brings more than 20 years of culinary and restaurant experience to his role as Managing Partner, Operations and Corporate Chef- Las Vegas of the Wolfgang Puck Fine Dining Group. A position he has held since 1995, Robins plays an integral role in restaurant development, culinary operations and team building for the company’s Las Vegas-based fine dining restaurants, as well as casual dining concepts domestically and internationally.

In Robins’ current role, he is responsible for restaurant development and overseeing the daily supervision of all dining room operations including front-of-house, staff training and recruitment. Robins has led the opening of five Puck restaurants in Las Vegas and is frequently traveling outside the city to assist his managing partners and operating teams in new restaurant openings, executing Wolfgang’s vision and upholding the quality and consistency of the brand.

Robins joined the company in 1992 to open Spago at The Forum Shops at Caesars. As executive chef, Robins led the Las Vegas iteration of Wolfgang’s flagship restaurant to critical acclaim, earning it and himself a number of accolades including a nomination for Best Chef – Southwest by the James Beard Foundation Awards in 2005 and was awarded Best Chef in Las Vegas at the 2003 Las Vegas Life Epicurean Awards. Most recently, Robins was named 2015 Restaurateur of the Year by the Nevada Restaurant Association.

In addition to his role with the restaurants, Robins donates his time to many philanthropic and charitable endeavors including Keep Memory Alive– Cleveland Clinic at the Lou Ruvo Center for Brain Health and served as a Big Brother in the Big Brothers/Big Sisters organization for five years. Giving back to the community is a high priority for Robins and a characteristic he works hard to instill throughout the restaurants’ staff. His extensive commitment to charitable endeavors led him to become inducted into the Las Vegas Dozen, which honors men in the Vegas Valley for their roles in business and community involvement.

When Robins is not traveling the country, growing and sustaining the company’s collection of fine dining and casual restaurants, he can be found spending time with his wife, Anna, and their two sons, Zachary and Nathan. 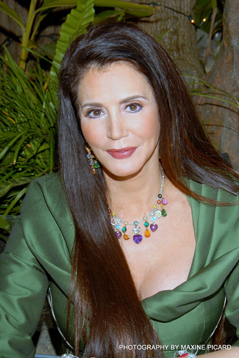 Lazaroff collaborated with her partner, chef Wolfgang Puck, to create and design a number of their restaurants, including the original Spago in West Hollywood (1982), which was the 1994 recipient of the James Beard Foundation’s award for Restaurant of the Year. In that
creation, Lazaroff launched a new concept in kitchen design by creating an exhibition
kitchen, which has become very popular in restaurants today.

In 1997, Lazaroff completed design of Spago when it moved to its new location in Beverly Hills. Voted the Top Restaurant by Food & Wine Magazine in 2000, the design featured exquisite hand-blown glass Italian chandeliers, a lush romantic garden with specimen olive trees, exotic flora, fountains, and glass doors on three sides opening to an interior filled with an impressive collection of art from Lazaroff’s contemporary collection. The entire restaurant’s vision has been drawn from a poem, penned by Lazaroff, entitled “The Flame of Life” which connotes the importance of striving for excellence and living a life filled with purpose and passion.

As co-founder of the Wolfgang Puck Food Company, Lazaroff developed the design of the former Wolfgang Puck Cafés, which were featured on college campuses and other venues in the United States, Canada and Japan. The signature Café design had showcased the company’s logo with Lazaroff’s custom “pizza chairs,” triangular-shaped fused glass sconces and elaborate, vividly colorful geometric mosaic on floor and wall surfaces.

Lazaroff’s innovative concepts and designs have received critical acclaim and she is known for conception and execution of singularly unique restaurants. Her projects have been featured in many design publications and books, and specific restaurant designs have been lauded in consumer publications, newspapers and broadcast media.

Lazaroff received the 1995 DuPont Antron Design Award for Hospitality for her exclusive carpet designs for the Wolfgang Puck Cafés. Lazaroff and Puck jointly received the Hot Concept award from Nation’s Restaurant News for the Wolfgang Puck Cafés. She is the 1994 recipient of the Assopiastrelle Design Award from the Association of Ceramic Tile and Refractory Manufacturers.

Lazaroff is a member of the Network of Executive Women in Hospitality, a founding board member of the International Association of Women Chefs and Restaurateurs, a member of the California Women in Environmental Design and of the Hollywood Women’s Political Committee. Lazaroff has participated as a key lecturer in both the 1995 and 1996 “Call to Action” business conferences for women hosted by California Governor Pete Wilson. Lazaroff and Puck were jointly awarded the November/December 1995 Silver Spoon from Food Arts magazine.

Lazaroff also sits on the Board of Directors for the Hollywood Entertainment Museum. Among many charitable organizations, Lazaroff and Puck are major supporters of Meals-on-Wheels, founding and hosting 20 years of the American Wine & Food Festival in Los Angeles, which raised millions of dollars to provide meals for the homebound
disabled and elderly. Each year, Spago hosts a Passover Seder to benefit Mazon for hunger relief.

Lazaroff actively supports several AIDS organizations, including DIFFA, where she has participated on the 1994 Advisory Board, and AIDS Project Los Angeles, where she served as 1988 Chairperson of Dining for Dollars and a chairperson for the APLA/Elizabeth Taylor Foundation’s 1993 Passport event. In 1997 at the Divine Design Awards benefiting Project Angel Food and AIDS Project Los Angeles, Lazaroff, along with Puck, were awarded the California Style and Spirit award for their ongoing efforts towards cure, education and prevention, as well as for the impact they have had in “raising the bar” with regard to professionalism and quality in their industries.

The American Cancer Society bestowed multiple notations to Lazaroff and Puck for over a decade of dedicated service and for founding and organizing the annual California Spirit Gala. Lazaroff and Puck received the Humanitarian of the Year award in 1994 from the James Beard Foundation. In 1997, The Fulfillment Fund, an organization that provides mentoring, scholarship and education to inner-city children from grade four through college, presented Lazaroff and
Puck with their highest honor.

A native of New York City, Lazaroff’s early studies focused on theater arts, including set design and lighting. She went on to study biochemistry and experimental psychology, working in various positions in the biomedical field, before returning to her career in interior design over 18 years ago. Lazaroff’s experience in stage design was showcased in the kitchen sets for the instructional video “Cooking with Wolfgang Puck,” featured in Designer’s West, for which she also wrote the script.

In addition to her many humanitarian awards, Barbara was proud to receive an honorary Bachelor of Arts degree from the Interior Design Institute of Newport Beach, CA as well as an honorary Doctor of Business Administration in Hospitality degree from Johnson & Wales University, Providence RI in 1998.

Lazaroff is the co-author of “Wishes for a Mother’s Heart: Words of Inspiration, Love and Support,” a heartwarming ook which is a tribute to women of all ages celebrating the connections women share and the bonds of sisterhood that permeates their lives.

Lazaroff resides in Beverly Hills and has two sons, Cameron and Byron.